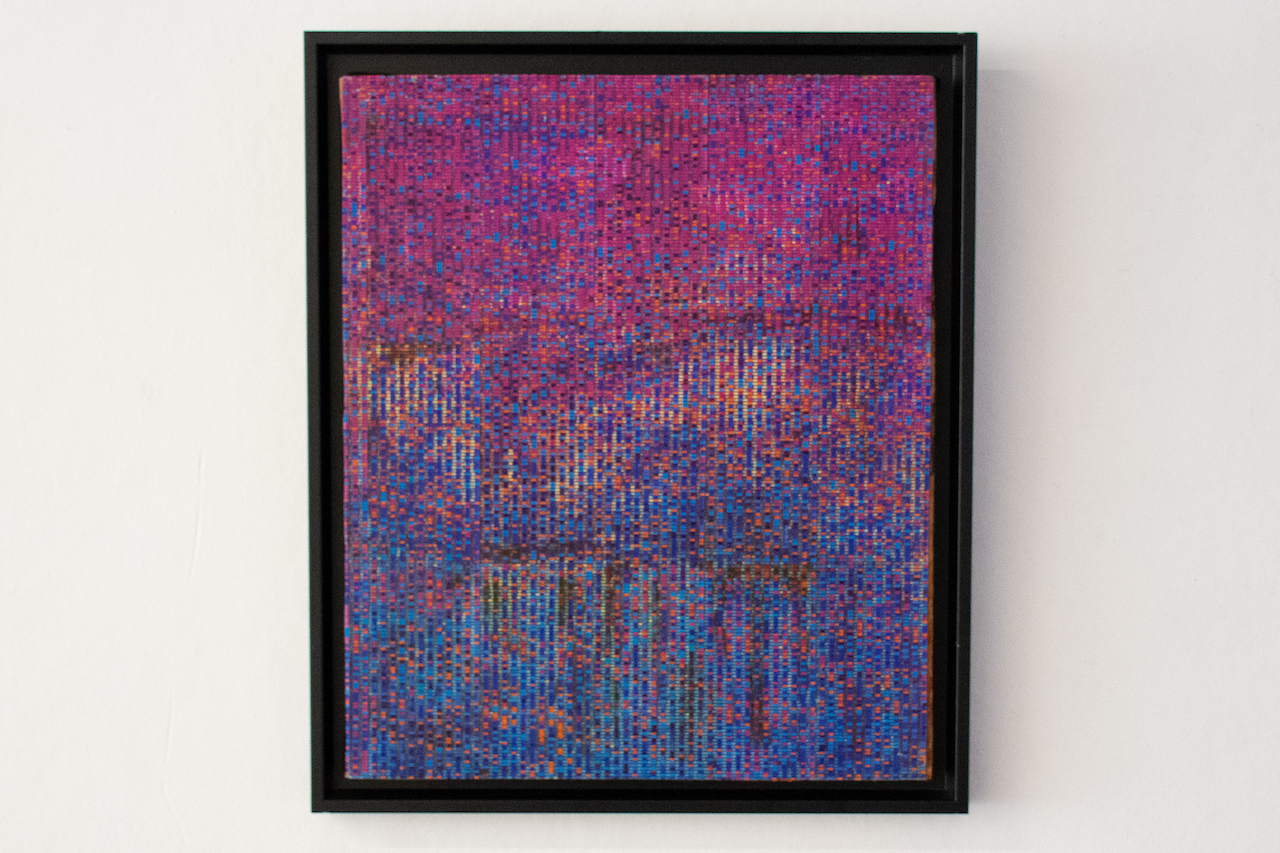 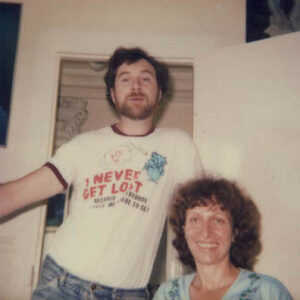 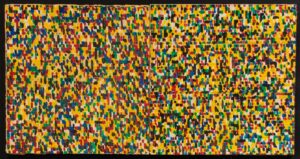 Monique Nahas (b. 1940) and and Hervé Huitric (b. 1945) co-counded the Groupe Art et Informatique de Vincennes and were among the preeminent artists working with computers in France in the late 1960s and 1970s. Their work explores how computer algorithms can be transformed into colored images. They first worked with a CAE 510 and then an IBM 1130 writing programs in Algol and then Fortran that created random variations in constructivist color schemes.
Instead of working on a palette with rules of transition, the duo considered color as a continuous variable, while treating color as a set of percentages of its basic components. Although interested in how the computer changed the rules of art, their works in the early seventies are highly influenced by pontilism, especially Georges Seurat.
The duo’s first work used a coded sequence of letters then printed on a plotter. R for Red, B for Blue etc. Each square was then hand painted. The couple then developed a stencil method, using the punch cards and screenprinting artwork using a plotter. The couple exhibited widely in the 1970s, including the New Tendency 5 exhibition in Zagreb.
Their work has been exhibited widely and is held in collections such as ZKM in Karlsruhe, Germany and the Centre Pompidou, in Paris, which has just opened a room dedicated to the Groupe Art et Informatique de Vincennes.