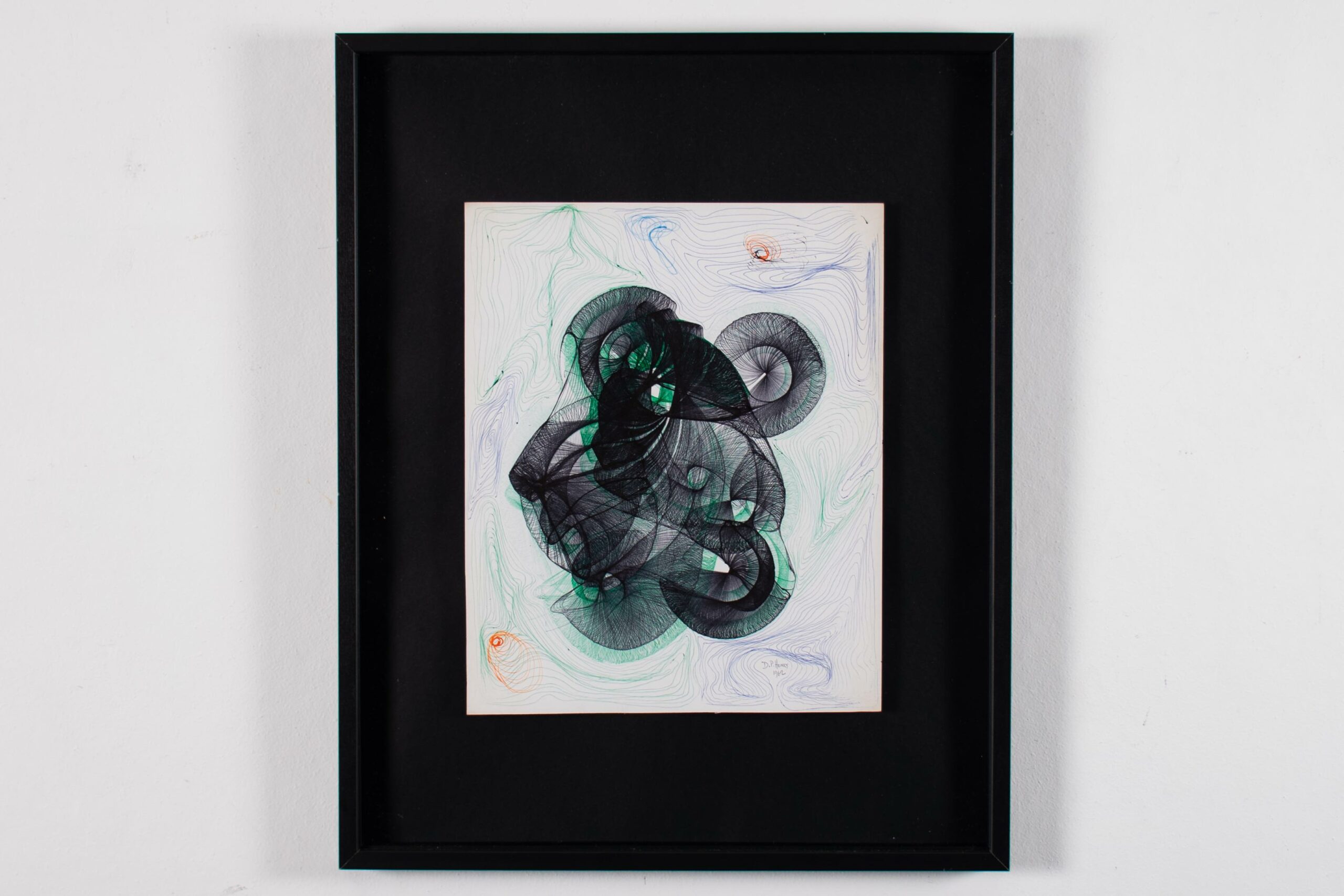 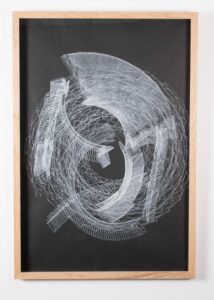 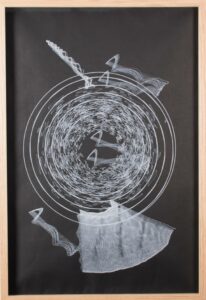 Desmond Paul Henry (1921-2004) ranks among one of the few early British pioneers of Computer Arts Graphics of the 1960’s. During this period he constructed three mechanical drawing machines (in 1960, ’63 and ’67) based around the components of analogue bomb-sight computers. Henry’s second drawing machine and its effects were included in the major Art and Technology exhibition of 1968: Cybernetic Serendipity (I.C.A, London).
Henry’s life-long passion for all things mechanical inspired him to purchase an army surplus analogue bomb-sight computer in the early 1950s. For years he would gaze transfixed at the ‘ peerless parabolas’ of its inner working parts when in motion. Then in the early sixties he decided to try and capture these mechanical motions on paper and so was born the first of a series of three drawing machines based around the components of the bomb-sight computer itself.
Such images were rare at that time. Computers had been reserved for military use until the 1950s, when they were introduced to scientific laboratories and universities. Many of Henry’s fellow tinkerers were scientists and mathematicians who added mechanical arms to computers to guide pens across the screen or sheets of paper. Like him, they were fascinated to discover what sort of images a machine would produce when left to its own devices.
Henry’s chosen machine was analogue, rather than digital. This meant that it could not store data or be preprogrammed, but was controlled by Henry himself, who could intervene at any moment during the drawing process.