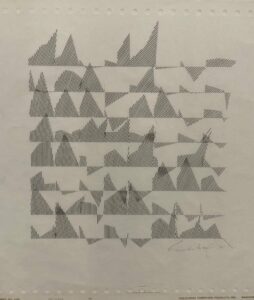 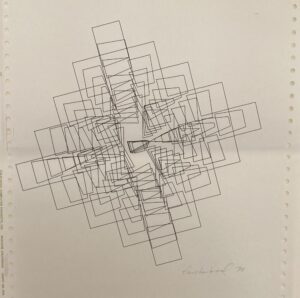 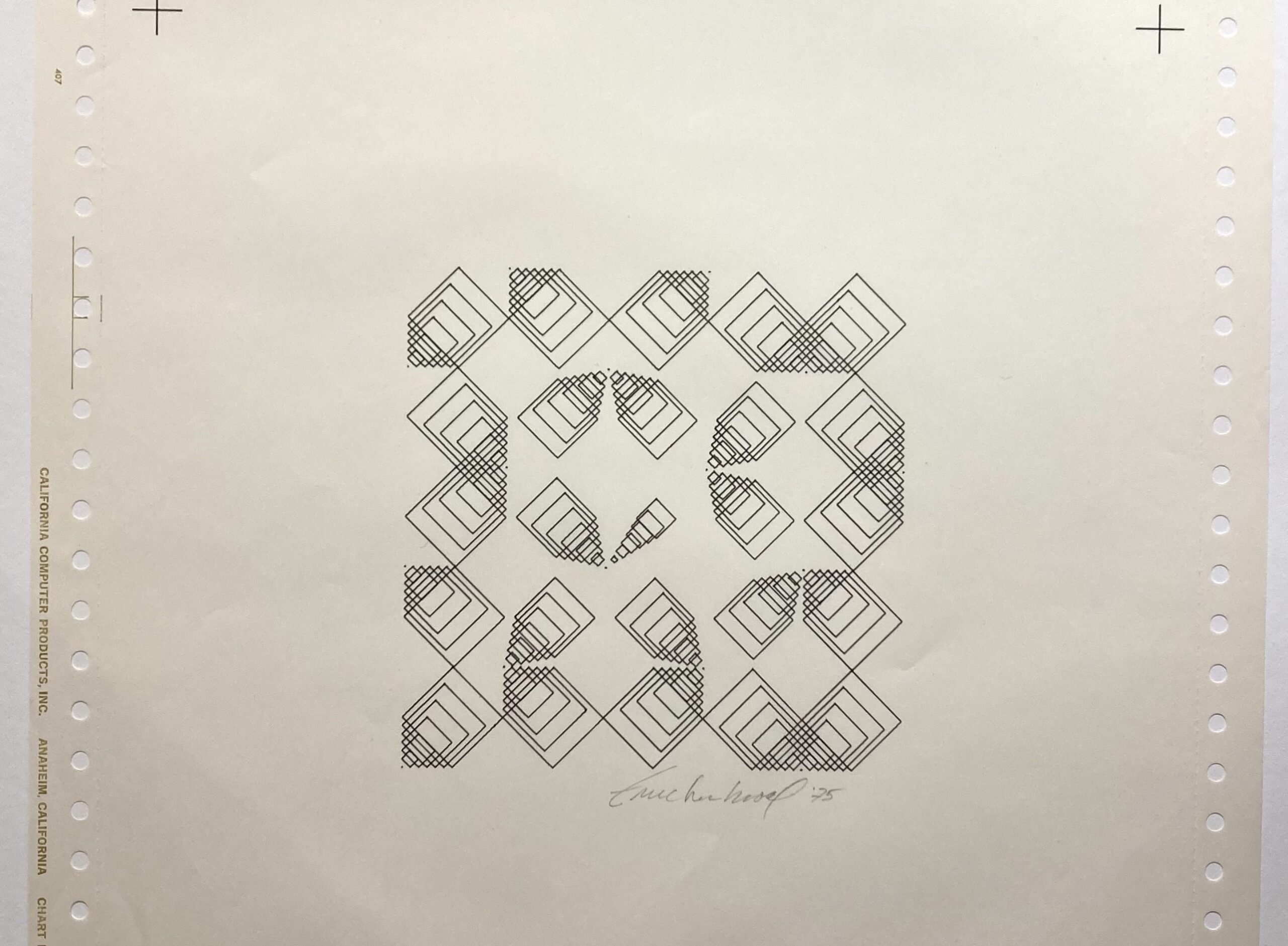 JOAN TRUCKENBROD
Born 1945, Greensboro, North Carolina
Joan Truckenbrod is an American artist who began a life-long exploration of the aesthetic possibilities afforded by computers starting in the early 1970s.
Truckenbrod, whose work recently figured in Programmed: Rules, Codes, and Choreographies in Art 1965 – 2018 at the Whitney Museum of American Art, New York City, has explored how algorithmic expressions of natural phenomenon such as light waves and wind currents could be used to create visual representations.
Using algorithmic expressions of scientific observations, Truckenbrod programmed her drawings in FORTRAN at the univesity mainframe computer in Chicago.
“These formulas were algebraic expressions using variables to describe changing and undulating characteristics of the behavior of wind and light currents, such as intensity, velocity, pressure, trajectory and angle of wind shear,” explains the artist.
“In this approach lies a freedom of expression, the freedom to transform and shape these abstractions into drawings. Variables have power as they are embedded into algebraic formulas coded into algorithms that are written into computer programs.”
She wrote her programs by hand and then punched computer cards that were trasferred to 16 bpi tape that instructed the drawing on a CalComp Pen Plotter.
“Changing the value in variables, sequentially or randomly (chaotically) created a landscape of forms,” explains Truckenbord.
“Shapes are twisted, turned inside out, and propelled into three dimensional space by transforming their geometries. The drawings undulated in complexity, and order. This process was open-ended, with no pre-defined conclusion, and was fluid. There were no conceptual boundaries for creating these drawings. “